New data released today by illion shows Australia’s economic recovery is starting to emerge, but with Sydney taking a clear lead over Melbourne.

There has been a dramatic shift in spending habits from the beginning of the COVID pandemic (April) to October.

Wealthier suburbs, such as Woollahra saw the largest drop, however, with discretionary spending down to 80% below pre-covid levels. Mosman dropped to 77% below pre-pandemic levels.

In the most recent period of LGA data in October, a shift has happened: Sydney’s ‘latte line’, higher-income LGAs, have now increased their spending and are driving the recovery.

Burwood’s spending has increased dramatically – 59% below normal levels in April and in October soaring to 55% above normal levels. 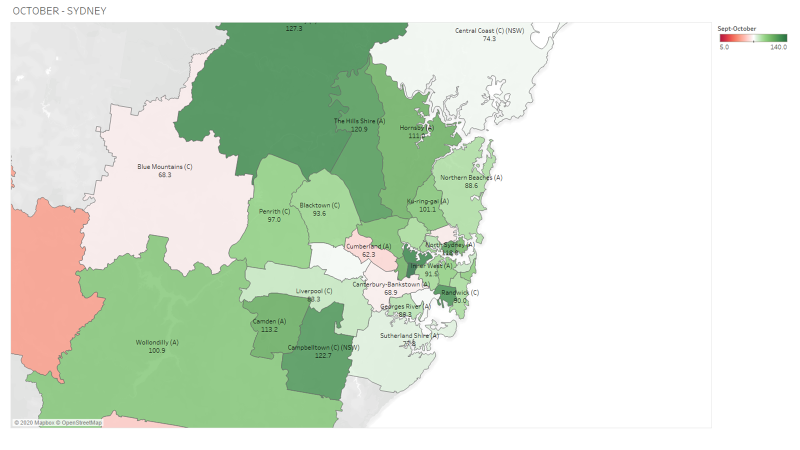 A different story in Victoria

While there has been a dramatic shift in spending habits in Sydney from the beginnings of the COVID pandemic (April) to October, the difference is less pronounced in Melbourne because of the second lockdown.

In the wealthier suburbs in Bayside, spending was down 12% in April, while the City of Stonnington saw a much higher 63% decrease, evidencing how higher-income earners tightened the purse strings during COVID. In Bayside, spending is still 10% below normal, with Stonnington currently 61% below the benchmark from November 2019.

For the inner-north City of Yarra, the heart of Melbourne’s cultural scene, (suburbs like Fitzroy and Collingwood), spending dropped in April to 77% below normal but has bounced back remarkably to 4% above November.

Similarly, in the City of Melbourne, spending dropped 68% in April from the November 2019 baseline but has recovered to 23% below normal. The pattern continues in Moreland (Brunswick and East Brunswick), with spending dropping 56% in April, but recovering to sit on 21% below normal.

It’s a very different story along the bay and in Melbourne’s leafy east, however, which appear to be still largely struggling from the effects of COVID. Whitehorse spending was down 2% in April and is now 49% down.

Looking beyond Melbourne to the northwest, the LGAs of Macedon Ranges and Moorabool recorded drops in spending of 61% and 45% in April, but have both recovered remarkably to be on 9% and 2% above normal.

The spending pattern over the last year is economics 101. There are clear spend trends across suburbs in Sydney and Melbourne.  At the peak of the crisis, the most affluent suburbs tightened their belts, but other typically lower to middle-income suburbs emerged as the clear leaders in keeping the economy and our communities going.

We can also see how impactful stimulus payments were in supporting lower-income households. Now, with our borders closed, higher-income people have realised that they have managed to save a significant amount, they’re not going on their overseas holidays and they are ready to spend up.

As Victorians emerge from their harsh lockdown just in time for the holidays, we can expect to see a lot more money flowing through the economy now too. This will be good news for everyone. 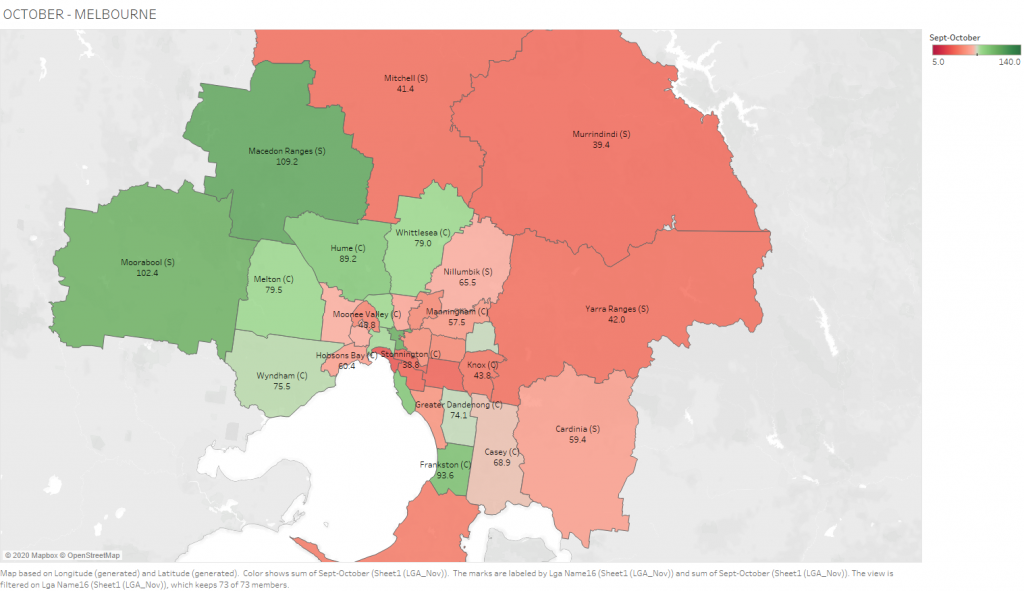 Read what the press is saying about our real time tracker