New data released today by illion has confirmed New South Wales was on the same downward spending trajectory as Victoria in early August, with its lowest spending since early June.

This week’s spend data, however, has seen New South Wales recover slightly to re-join other states, but it is still at 3% below pre-crisis levels.

Overall spending in Australia is down 5% on normal levels, largely brought down by the continued strict lockdown in Victoria.

Interestingly, spending impacts are being seen in all states, including even Western Australia, which at 2% below pre-crisis levels, is seeing its lowest spending since the end of June.

Unsurprisingly, given the Stage 4 lockdowns, Victoria continues to decline and spend is now at 22% below normal levels.

It’s clear that the Victorian lockdown is having a psychological spending impact across Australia. The impacts are being seen as far away as WA – which shows that even with border closures, you can’t keep out the economic impacts of COVID-19. 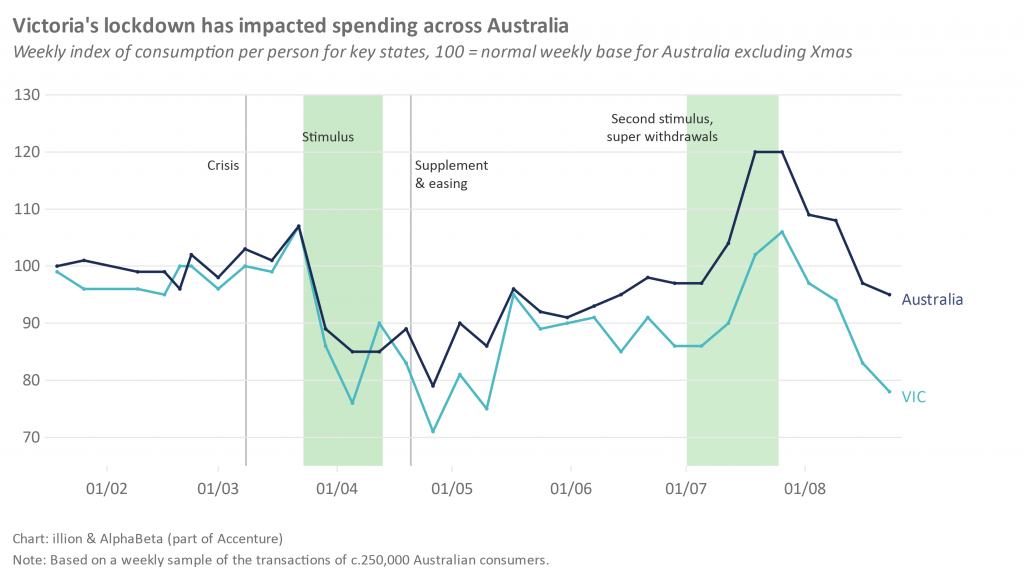 Gyms in New South Wales are a clear winner, now going even stronger than their busiest phases in January. Could this be people wanting to get rid of their COVID kilos and get ready for summer?

Read how the media has reported our latest news: